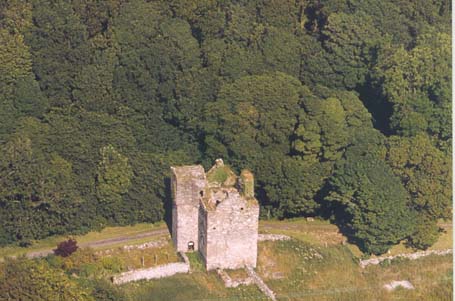 Barholm Castle is a traditional Scottish tower house situated on a hillside overlooking Wigtown Bay and the Machars of Wigtownshire. It was constructed in at least two stages and consists of a rectangular tower with its earliest origins probably dating from the late 15th century and a later stair tower built on the NE side, probably late in the 16th century.

The castle fell into disuse and disrepair in the 18th century, and apart from being used as a location for romantic picnics by the owners of the estate in the 19th century, has seen no use since.

In August 2002, Historic Scotland agreed to make a substantial grant contribution towards the restoration of the castle for residential use. It is hoped that work will begin early in 2003. Further information may be found under the "Now and the future" link.